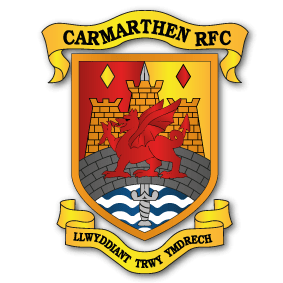 After 3 consecutive defeats the ironmen got back to winning ways as they ended the Quins six match unbeaten run in the Indigo premiership league match. The Quins took an early lead thanks to a penalty from outside half Steff Marshall after the ironmen were caught offside. The ironmen began to settle and soon fought back and began to exert pressure with several good runs from the home threequarters. After three consecutive penalties the ironmen elected to kick for the corner and drive from the lineout. Ex ironman Ed Siggery was then yellow carded for pulling one of the drives down which allowed the Merthyr pack to drive the Quins over the line with Hooker Rhys Williams claiming the try. This gave the ironmen confidence and were unlucky not to have extended the lead further but could not convert the pressure into points. Marshall put the visitors back into the lead on the half hour mark with his second penalty of the afternoon. Merthyr were then reduced to 13 men when first wingman Tom James was shown a yellow card for a high tackle, this was shortly followed by a yellow card for second row Ben Murphy who was adjudged to have collapsed a drive near the line from the Quins with referee Rhys Jones awarding a penalty try and gave the Quins a 5-13 lead. Although down to 13 men the ironmen got on the scoreboard on the stroke of half time when scrum half Justin James broke away from a ruck to cause panic in the Quins defence and when the ball was recycled near the Quins line, up popped James to crash over under the posts, Rhys Jones converted to leave the halftime score 12-13 to the Quins. The Quins soon extended their lead early in the second half when a sweeping move from the Quins backs saw wingman Jake Newman race away to touch down wide out, Marshall missing with the kick, but the Quins now led 12-18. Merthyr need to strike back quickly and did so thanks to a 35-meter penalty from replacement Matthew Jarvis to close the score 15-18. With the game evenly balanced the next score was vital to both sides and it came from the ironmen when centre Harri Millard slide stepped the Quins defence to score wide out in the left corner. Jarvis added an excellent touch line kick to give the ironmen the lead for the first time in the second half of the game. The Quins then threw everything at the ironmen looking for the winning score but credit to the home side they dug deep and held out for a much needed 22-18 win. This was an important win for the ironmen and hopefully will give them renewed confidence for the remainder of the second half of season. For Merthyr young prop Rhys Lewis more then held his own in the set piece and is improving every game. Merthyr’s lineout at last functioned with clean ball coming from captain Locke, Murphy, and back rowman Tom Daley. Behind the scrum, scrum half James looked sharp all afternoon with both Millard, and Tom James looking dangerous in attack with ball in hand. The ironmen begin the second half of the season on Friday night when they welcome North Wales side RGC 1404 and hope to revenge the 23-17 defeat on the opening day of the season at Parc Eirias.